I’ve been delving into the popular sci-fi series The X-Files for a while now, making many attempts and failures to engage with its first season. Since the summer, and I’ve been weaving in and out through the series various episodes, trying to piece the gigantic enterprise together. It may seem strange for me to go back and recap an over two decades old television show, in some ways that type of thing is what the blog was built for. Join me this week for the Rob Bowman directed and Larry and Paul Barber written fourteenth episode! (Notes can be read here) 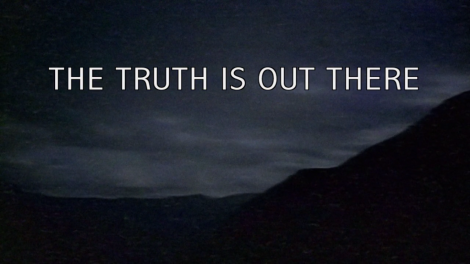 …and so are some really intense pheromones!

To me, this episode has a lot of high points and a lot of low points. Though it presents some interesting ideas and gives us some creepy moments, it ultimately ends up being all over the place, averaging out to a lesser, but still very memorable, season one episode of The X-Files. There is a school of thought that says the ending should be the best part of the work, because that’s what the audience is going to react to on the way out. That certainly applies here, as a decent ending would have lifted up the episode considerably.

The episode’s monster of the week is a ravenous pleasure seeker that hails from the Amish country and can change between male and female forms. The cold open shows an average looking woman seducing a man at a night club by putting her hand on his face, then taking him back to his apartment, having sex with him, him dying, then her changing into a man and fleeing the scene. Spooky for sure, and Mulder and Scully are called in to investigate. Mulder has seen deaths like this before, and he’s determined they originated with a Amish-like group called The Kindred in Massachusetts. When they travel up to their village, they observe spooky gender-switching rituals, Scully herself nearly falls victim to their out of control pheromones, and all around evasive behavior. In the end, this evasive behavior leads them allegedly off of this planet (cue spooky X-Files theme). 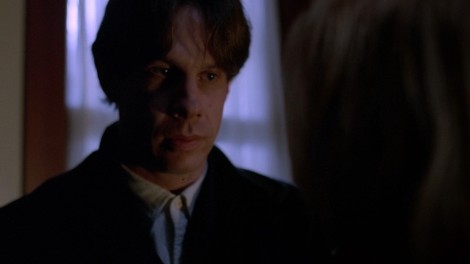 To be fair, it is developed pretty well. There’s little to fault in the lead up to the end, even if it follows the pattern of a lot of X-Files episodes the concept is still different and it holds your interest. We alternate between Mulder and Scully getting the runaround from The Kindred and the escaped member who’s on the loose, and inch by inch Mulder and Scully close in, putting the pieces of the puzzle together between the ritual Mulder witnesses and the seduction Scully almost falls victim to. They’re are just about to catch our killer red-handed when… they stumble upon an empty field. That’s it. No resolution whatsoever.

When I describe this, it sounds a lot better and more gut-wrenching than when I actually watched the episode. It’s hard to recreate, but the episode felt very poorly paced especially in the late going. There’s something to be said for the show not giving us all the answers, especially in season one. On the other hand, if the show wants to pull the rug out from under us, it has to feel like the show is doing that to us on purpose, not like it just couldn’t figure out what the deal is with these Kindred people, so let’s have them escape because we don’t know how else to explain them. That’s how it felt to me when I was watching it, though clearly the feeling wasn’t universal.

The X-Files loves to look at groups outside the mainstream of society and make them fodder for investigations, though sometimes I can’t help but wonder if that’s somewhat problematic. Other than the local legend of “The Jersey Devil” (which is not really what I’m referring to here), there hasn’t really been an instance of this tendency on the show as of yet. It has always slightly bothered me about the show, that instead of just making them people that choose to live a certain way, the Amish (or similar societies) are weird, evasive, alien monsters. Not so much in this episode specifically, but as an overall trope on the show it has always kind of rubbed me the wrong way. Sometimes the monster of the week episodes also turn out to be wayside ethnic enclave of the week episodes and it doesn’t always come off looking too great.

I do really like the set-up of this episode though, and it has a lot of Mulder and Scully sneaking around and they figure out just enough on their own to keep them involved in the larger story. However, the end just feels rushed, like no one could figure out how to end it so when 42 mins passed they just cut the story short. It really held it back for me on this watch, even though the beginning was pretty involving.

“I know what I saw Scully, and I saw you about to do the wild thing with some stranger.”

Click here to read my review of next week’s episode, “Lazarus”