Trumbo is a movie that seems tailor made for the Academy. It’s a bunch of famous actors playing real life people from segment of Hollywood history. It manages to be self critical of Hollywood at the same time as idealizing it, and hands down neat little life lessons in a highly digestible format. It’s enjoyable enough, but not substantial enough to make it a great film.

Dalton Trumbo (Bryan Cranston), the opening text informs us, was a highly successful Hollywood screenwriter who was a member of the communist party in the U.S. since 1943. As our story starts, he along with a group who would later come to be known as “The Hollywood Ten” are helping to get set builders the higher wages they think they deserve. Some higher ups in Hollywood aren’t too happy about that, and start dragging Trumbo and the ten in front of Congress. Refusing to testify, he is found in contempt of court and sent to prison for a number of years. When he gets out, no one will hire him, so he and other writers like him start working on scripts in secret under false names. 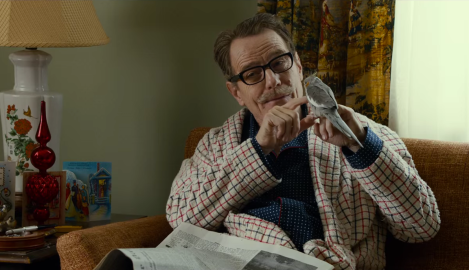 Sometimes you sit through a movie, and enjoyable as it is at the time, you can’t remember a damn thing about it when you sit down to write about it later. It’s quite frustrating, because in the theater the crowd I saw it with was having a grand old time and I laughed quite a bit myself. Call it the magic of mob psychology, because other than the occasional famous person popping up, I don’t remember much about this film that was funny at all. I remember it trying to assure that it was okay for Trumbo to be communist through a heavy handed explanation to his daughter, than never really addressing his beliefs again. I remember Trumbo saying a bunch of profound sounding things, then culminating in a grand speech at the end to explain the whole movie to us. Basically, this movie has a lot of preachy dialogue that undoes any humor it dishes out. (It’s coming back to me now- the funny parts were with John Goodman, a producer of B-movies who cares not at all that Trumbo is a communist or a good writer. He just needs scripts to shoot.) 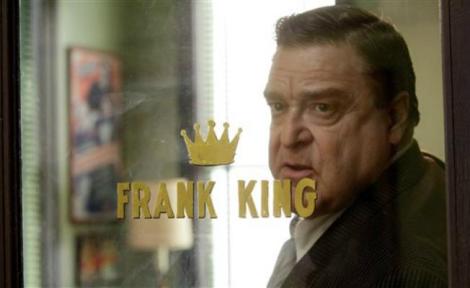 I find the movie quite shallow and aggravating upon further reflection, but that doesn’t change the fact that it is a hoot to see all of these modern day actors playing famous actors of yesteryear. There’s even newsreel footage in the beginning that puts in Cranston and Stuhlbarg (playing Eddie G. Robinson here) in the same segment as Bogie and Bacall, Forrest Gump style. There was a flash of recognition from me and others in the audience of “oh! It’s Bogie and Bacall!” The first script that Trumbo writes under a different name before he goes to prison is Roman Holiday, and the movie definitely plays up the beloved nature of that film. We see a clip from it and how the name was changed. Is it manipulative? Probably, but nevertheless it was what I enjoyed most about the film. It’s the most successful bit of Oscar-baiting in this very Oscar-baiting picture.

In that respect of reveling in old Hollywood film nerd-dom, it really reminds of a film from a few years back- Hitchcock. That wasn’t really a good movie either, but it was fun to watch on a pure film geek level. This is a bit different but it has a similarity: Helen Mirren is again the standout acting wise. I wouldn’t be surprised if she got a nomination for this. She plays Hedda Hopper, who along with John Wayne seems to lead the crusade to get Trumbo and associates fired and then keep it that way. She plays Hopper with such villainous relish that you can’t take your eyes off her. She also has an understandable motivation so you don’t just hate her. Her son is fighting in Korea and she truly believes that communists are ruining America. The film doesn’t really examine that, but at times it seems that Hopper has more to believe in than Trumbo. 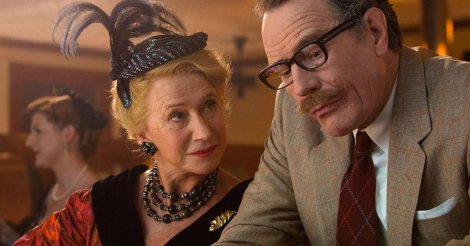 There’s a brief scene that shows that this movie could have been so much more than it turned out to be. There’s a scene midway through that shows Trumbo scheming to get a screenwriting credit out of either Kirk Douglas for Spartacus or Otto Preminger for Exodus, and it’s this bit of playing both sides against the middle that shows his craftiness. It’s more famous old Hollywood stuff (why we didn’t see Stanley Kubrick is my question though, they name drop him but we don’t see him at all), so it has that going for it, but it also gives a rare insight into Trumbo’s character other than this nice dad figure who just wants to write when he’s being told not too. Cranston’s Trumbo likes pulling one over the guys and it’s a joy to watch, far more than any of the speechifying that goes on later.

So while Trumbo was a bit disappointing on further examination, actually watching it in the theater was fine. I actually laughed quite a bit and appreciated all the old Hollywood stuff. The actors all are very committed, even thought the script gives them a lot of not so exciting stuff to do. It’s a fun enough movie, but it’s pure and uninspired Oscar bait through and through, in a year in which (so far) we’ve had some pretty exceptional Oscar bait. 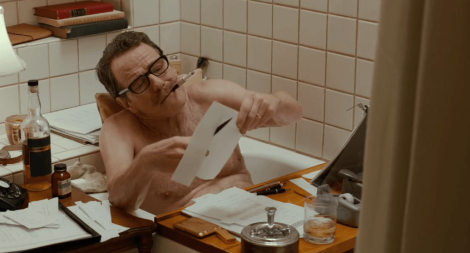