High Noon is not necessarily a bad movie, but it’s one that failed to reach me. I recognized what it was doing, but it didn’t really work. This is one of those old Hollywood movies that is fairly enjoyable, but doesn’t go beyond anything more than that because it tells you what to feel and when to feel it.

Will Kane (Gary Cooper) is the newly retired Marshal of Hadleyville, and is leaving town because he just married Amy (Grace Kelly). When news comes out that one of his former collars, Frank Miller, has been released from prison, he decides to remain the Marshal until he gets there. His wife opposes his fighting, because as a Quaker it is against her religion. The two argue about how necessary it is that he fight while Kane attempts to round up a posse. Everyone in town is either on Miller’s side or doesn’t want to get involved in a gunfight, not matter how good the reason. When Miller’s train rolls in at noon, Kane will have to fight him alone. 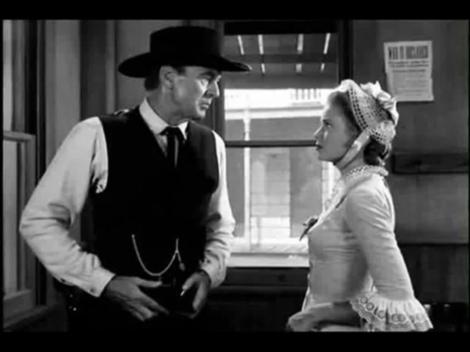 It is clear what we are supposed to be feeling during this film. We’re supposed to feel indignation that no one will help Kane, maybe sympathize with Amy’s objections to violence, but ultimately we’re supposed to strongly identify with the lone hero who is tragically without friends. His work goes unappreciated while he faces dangers that none of the other townspeople would dare to, etc etc… The problem is the film goes on and on giving us evidence of this when it’s pretty clear in the opening frames. The film has no problem shoving its message down our throats; the music is overwrought, which matches the acting of almost every supporting player. There are films that have done this to a greater extent, but I was still not happy to see it here.

Much has been made about this film taking place in almost real time. This is a gimmick that ultimately does not serve the movie very well. It doesn’t harm it, but it doesn’t really help it either. For it to work, the film would have to be set in one place. We’re cutting between the station where Miller’s gang is waiting for him, Kane wandering all over town trying to find help, and Amy waiting in the hotel. This cutting around basically erases the tension that would have been created by having it take place in real time. Normal movies cut around like this, and we know these events are all taking place at once, so the conceit of real time ends up not making any difference. The film makes a big deal about it too, showing characters checking the time all over the place. The thing is, movies have been doing this and lying about the time forever, so we don’t really notice here when the movie’s telling the truth. 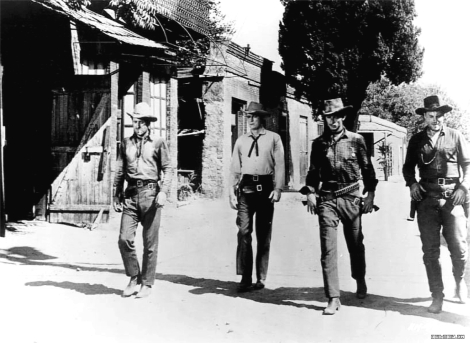 Some things were however, pretty interesting. For one, this was Lee Van Cleef’s (most famous for For a Few Dollars More and The Good, the Bad, and the Ugly) film debut. He doesn’t have a word of dialogue and also has minimal screen time, but he is definitely recognizable. Maybe just because I already know who he is, but he has a distinct presence in the film, which is furthered by his not speaking. A more substantial thing I appreciated about this film was how Zinnemann and company managed to make Miller’s presence felt even when he was absent, which was the vast majority of the film. I might not really have been able to get too worked up about this movie, but the times when I came the closest were when they were emphasizing Miller’s presence. A great example of this is the association of him with the chair he sat in during his trial. Zinnemann goes a little nuts with the fast close-ups and outs with the chair, but it’s effective anyway.

There are a few things I appreciated about High Noon, but most of it just didn’t work for me. To be clearer, this isn’t a film I disliked or anything, but I probably wouldn’t bother watching it again because I’m definitely not in love with it either. It’s problems aren’t too noticeable, but when you step back and wonder why the movie didn’t affect you too much, they become obvious. In the end though, I’m basically indifferent to this movie. 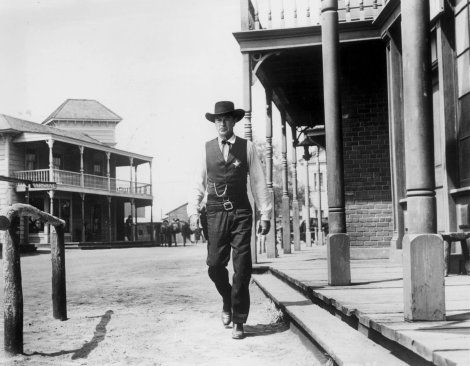