Though it was his third film, The Killing is considered to be Stanley Kubrick’s first major picture. It’s a film noir heist film with many classic Kubrick elements in place. There’s a lot to love in The Killing: the powerful closeups, the unstoppable tracking shots, and the beautiful black and white. Though I personally appreciate the technique most, there’s a great story here as well.

The film centers around the robbery of a race track, and a carefully conceived and elaborate plan to accomplish this thought up by ex-con Johnny Clay (Sterling Hayden). He assembles a vast team, explaining their individual roles without revealing the grand scheme. However, despite the extensive planning, the robbery does not go as anticipated. 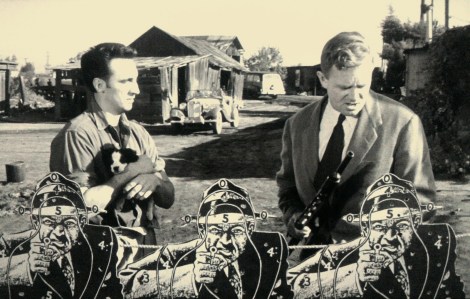 The voice over narration places great emphasis on the timing. The narrator outlines exactly what’s happening, and exactly when and where. When he’s handing out assignments, Johnny continually emphasizes on the precision with which they all have to act. However, the depressing part of this is, his plan doesn’t work. There were elements he didn’t account for, and so chance thwarts his plan. This desperate fatalism gives a considerably grim feeling to the picture. No matter how Johnny tries to take control over his own destiny, the universe conspires against him in the end.

The supporting characters are all very memorable. Johnny Clay and his girlfriend Fay are just sort of standard cookie cutter characters, but the others are a different story. Particularly memorable are Timothy Carey as a strange gunman, Marie Windsor as a dominating wife, and Elisha Cook as her puppy dog husband. These two are one of the major causes of the robbery going south, as Windsor’s character tricks her boyfriend into stealing the money after her husband and the rest of the gang steal it. These two are so fun to watch, as Windsor offers demeaning sarcasm and Cook barely even realizes she’s doing it. Carey has a strange part to play; I’m not even really sure how to describe his character other than simply odd. We don’t really know anything about him or his motivations, but his mannerisms are so vivid and strange. He’s not a character you forget in a hurry, even though you’re not quite sure what he’s doing in the film. 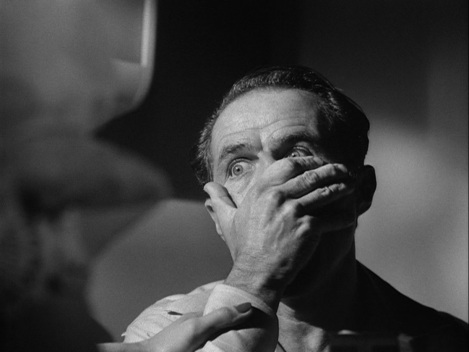 As I mentioned earlier, the shots themselves are really what makes this film special. There are quite a few tracking shots of the crooks walking through their apartments at the beginning, giving them a sense of power so they seem in control of the situation (as of course they believe they are at the time). The closeups are haunting- I can still remember some a few days later. The actors look sad, desperate, and altogether unattractive which is unusual for most films.

The Killing is a Kubrick film through and through, and that alone makes it worth a watch. While I admire the film more on a technical level than an emotional one, I do admire the film quite a bit. For Kubrick fans this is a must see, and I highly recommend it to anyone looking for something a little different in the crime genre. 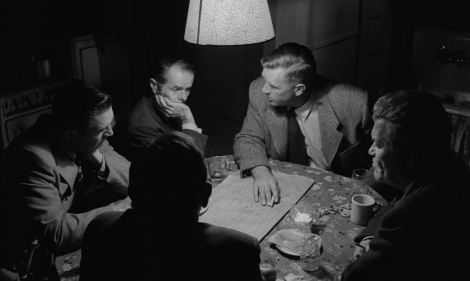 8 responses to “The Killing”