Another month gone by; another post for The Five Obstructions Blogathon. I missed out on August due to busyness, so I tried my darnedest to get something up for September. This month, the objective is to write a review of at least 1200 words. Joke was on me though, because I’ve already done a review of Singin’ in the Rain of about 2000 words. So I’m substituting in another movie this month: Prisoners. This one clocks it at about 1273, just barely making it. So without further ado, here is my review of Prisoners. 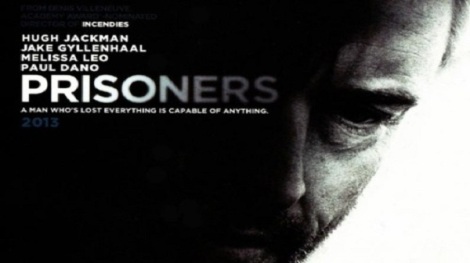 Prisoners is a pretty good film. I didn’t really have any expectations for it, because this was a rare film for which I’ve never seen the trailer. I’m not really sure how that happened, but there you have it. I just heard Hugh Jackman and Jake Gyllenhaal were in it, and that’s really all I needed. It’s not a bad thing, seeing this film based on the actors, because the acting is one of the best things about it. The story explores themes we’ve all seen before, but it does it in an incredibly intense way that had me not caring that I’d seen it before.

The main themes the film explores are how bad situations can push people to do things they wouldn’t normally do, and the loss of faith. What I actually found more interesting was how messed up the family dynamic was in the film. It was incredibly messed up, and though it’s understandable given that their daughter got kidnapped, this really just revealed problems they already had. The dysfuntion wouldn’t have been as drastic if the situation wasn’t as dire, but these things come up and the father professed to be able to deal with them. 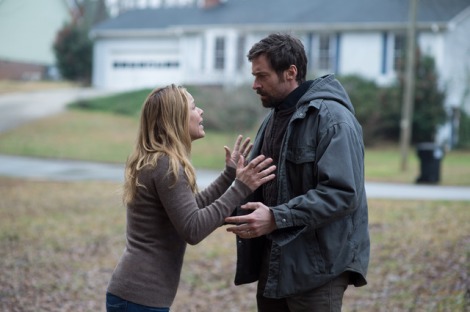 There are two average families in Pennsylvania, and on Thanksgiving the younger daughters from both families go missing. The two families are the Birch’s (Viola Davis and Terrence Howard as the parents) and the Dover’s (Hugh Jackman and Maria Bello as the parents). Anna Dover and Joy Birch are the girls who go missing. Detective Loki (every time his name was said I couldn’t help think of The Avengers, which makes me wonder why they even named him that since that where everyone’s mind is going to go, but anyway he’s played by Jake Gyllenhaal) is in charge of finding the two of them. Their first suspect is Alex Jones (Paul Dano), who was driving an RV that the girls were playing around earlier. Though it doesn’t appear to likely that he kidnapped them, Dover remains convinced of it.

After two days, the police can’t hold Alex anymore, so Dover does the logical thing and kidnaps him. This the part where his dark side comes out in the pursuit for his daughter. He tortures Alex in order to find out where his daughter is, and enlists the other father to help out. He beats him repeatedly (implicitly with a hammer though it is never shown), and then locks him in a shower and turns scalding water on him periodically. It all gets no where; Alex doesn’t give anything up. The problem is that it is unclear whether Alex is involved and not talking because he’s mentally deficient, or whether he’s faking being mentally deficient so people won’t think he’s involved, or he’s not talking because he really isn’t involved. However, Dover’s not getting anything out of him anyway, which begs the question: why does he keep trying? 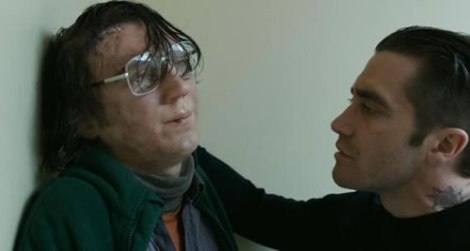 Depending on whether or not you have kids and how flexible your morals are, Hugh Jackman can get pretty unlikable here. I know I for one hated him a lot. Something awful happens to him in the end, and I hated him so much at this point that I actually felt he deserved it to a certain extent. You kind of get a sense for how psychotic this guy is in the beginning, how he makes his son kill a deer for Thanksgiving in order to develop his survival skills. Seems pretty paranoid right? He has this whole disaster shelter in his basement filled with everything imaginable. From canned food to batteries, he’s got it all. His daughter has a safety whistle, which she unfortunately lost, but the fact still remains that he gave his kid a safety whistle. It seems like he’s been expecting trouble of any imaginable kind and has prepared accordingly.

However, when trouble actually comes in the form of his daughter getting kidnapped, he is less than prepared. Emotionally and morally he goes way off the reservation. He distances himself from his wife and son and goes off on his own all day, torturing Alex and drinking. (There’s a liquor store right next to his torture building, how convenient!) He blames Loki for everything that goes wrong and his daughter’s absence. Some of it is Loki’s fault, who is also plagued by the dark side throughout all of this, though not the extent that Dover is. He is not nearly as much to blame as Dover is for holding up the investigation. He is bound by the law, and for the most part he follows it. 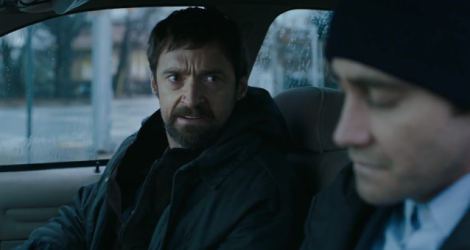 Jackman’s performance is brilliant but his character is a terrible person. For much of it, he almost seems to be the villain. You do not see anything that the girls are going through, so his motives aren’t as clear as they could have been. If they had intercut what was happening with the girls with the torturing and stuff, we would have been on Dover’s side a lot more. The fact that this was not done makes me think that you are not supposed to be on his side. It could also be meant to bring you into his point of view a bit more because he doesn’t know what is happening to them either. It could be any number of horrible things.

I will say a few words about the actual villain of the story though. It wasn’t who I expected, but in retrospect it seems way more obvious. This villain is great though. It’s one of those villains who just doesn’t care that they’re doing bad things. They do have a purpose, and it seems a little odd even though it fits with the story. Just the way the person acts though, is great. Perfect villain material. They have so little regard for the feelings of other people. Obviously this is a bad thing in a person, but great to see in a villain! They really had me creeped out, especially after seeing Dover for the past two hours or so be one of those righteous villains that think they are doing the right thing. 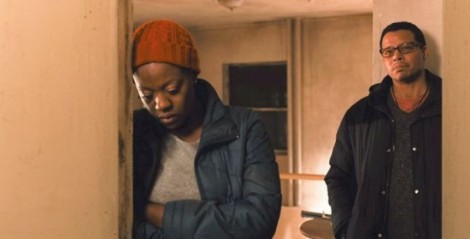 The other thing this film really has going for it is the suspense. It’s not quite the level that I’ve experienced on the first viewings of certain Hitchcock films, but my stomach did clench up several times. There was a great scene sort of reminiscent of Psycho where Loki finds a body in a basement, tied to a chair and everything. That was a creepy scene, let me tell you. He opens the door to the basement, and you can’t see the stairs. At first you think that’s just because there’s no light, but then it becomes clear that there are no stairs. It’s not a basement; it’s a dungeon. There were several other instances of dramatic irony and unsuspecting cops sneaking around in the dark that kept me on the edge of my seat.

So I liked Prisoners. I didn’t really come out of it burning to watch it again, but I did like it a lot and might watch it again if the situation arose. It has just about everything one could want in a movie: great performances and characters, interesting cinematography, moral dilemmas, and a lot of suspense. The themes might not exactly be revelatory, but the movie feels real regardless, so it doesn’t matter. Even though you’ve seen people struggle with these things before, you’re still interested to see these characters struggle with them. They may not be likable while they are struggling, but interesting to watch just the same. 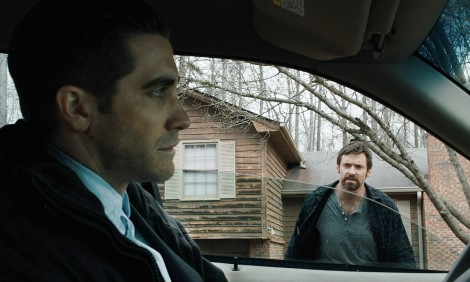 “Pray for the best, prepare for the worst.”