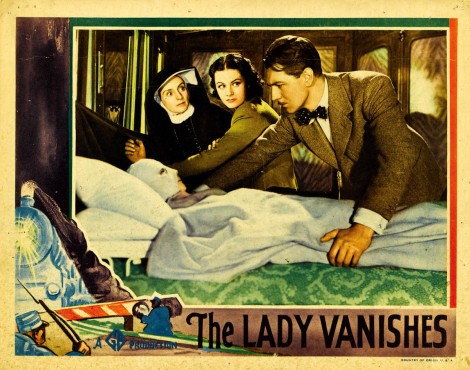 The Lady Vanishes is one of Hitchcock’s earlier films, made when he was still working in England. It takes place on a train where a lady vanishes (go figure). What starts as one person missing develops into an international situation leading up to WWII, but don’t worry, it’s not treated that heavily. The Lady Vanishes is a lot of fun.

Before the lady vanishes, we are introduced to a hotel. A bunch of English people are staying there before going home on a train that has just been delayed. They are trying to stay there anyway; though many already have rooms, Caldicott and Charters are still trying to get one. They are two humorous Englishmen looking forward to some cricket once they return, but unfortunately they will have to put up with spending the night in the maid’s room until the train arrives. Iris Henderson (Margaret Lockwood) is resigning herself to getting married when she gets back to England, and has a confrontation with Gilbert (Michael Redgrave) who is “playing musical chairs with an elephant” upstairs and interfering with her sleep. Eventually he quiets down, but not everyone does. As Miss Froy (Dame May Whitty) is getting ready to go to bed, we see a strolling musician strangled from behind. Miss Froy has no idea of the dangerous situation that took place just under her window.

Then the train arrives, and all of these colorful characters get ready to embark. Miss Froy and Iris strike up a conversation, and some friendly person drops a flowerpot on Iris. It really looks like he was aiming for Miss Froy, but at this point we can’t even begin to guess why. She really is just a sweet old lady, rather like a grandmother (except the Miss part). They just assume someone was careless, and get on the train. Miss Froy and Iris take some tea, and then Miss Froy settles in to watch over Iris as she sleeps. When she wakes up, Miss Froy has vanished! 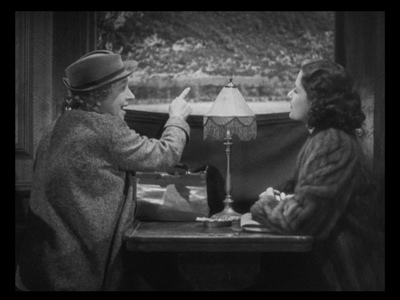 At first she assumes that Miss Froy just got up and went somewhere, so she asks the other passengers. The other passengers don’t remember Miss Froy at all, which frustrates Iris. She is convinced she’s right, so she goes along the train to look for supporters and Miss Froy and strikes out on both objectives. We might be fooled into thinking that that Iris’s head injury has affected her memory of Miss Froy somehow, but Hitchcock gives us proof that this is not the case despite the insistence of Dr. Hartz (Paul Lukas). Behind closed doors, some of the other passengers remember seeing her, and there are traces of Miss Froy on the train. Eventually one of these traces leads Gilbert to believe Iris’s story, and the two set out to find Miss Froy.

This thing goes way deeper than they thought, and nothing is as it seems. They eventually find out that Miss Froy has some information that is important to England that Dr. Hartz doesn’t want delivered. This information is another example of a MacGuffin, as it could be anything really as long as everybody wants it, which is true in this case. So basically it boils down to a battle over the MacGuffin with a lot of British humor along the way.

The humor in The Lady Vanishes is the best thing about it I think. We basically have a lot of snappy banter between Iris and Gilbert (big surprise: they end up falling in love with each other), as well as Miss Froy being funny in a cute old lady sort of way, and the cricket dudes (credit to M. Grossman for that label) complaining about missing their cricket match. Hitchcock tops all of this off with a pretty humorous (and somewhat ironic) ending as well. 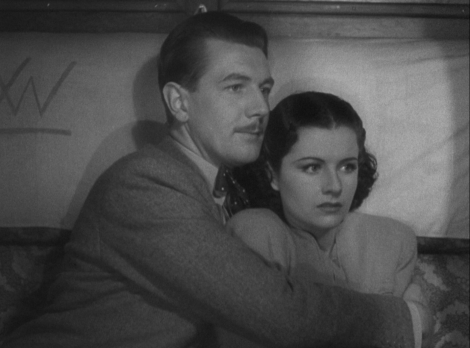 The Lady Vanishes takes place on the train, all except for about the first twenty minutes and the last few. I feel like Hitchcock had a big thing for trains, because they show up in a lot of his films, but this has to be the longest amount of screen time train travel has been given. He uses it to his advantage, using logic about Miss Froy’s disappearance that would only work on a train. They also search for Miss Froy in a compartment where a magician’s props are stored, which kind of reminded me of the beginning of The Last Crusade. Hitchcock uses the thing in The 39 Steps where Hannay leaves through one train window and crawls into the next compartment through its window, only with Gilbert another train is passing by at the same time.

The Lady Vanishes is one of Hitchcock’s funnier films, and it had just enough suspense and international intrigue to support it. The characters are wonderful, and Redgrave and Lockwood have a great chemistry between them. It’s a perfect balance of humor and suspense that makes for a very enjoyable ride. 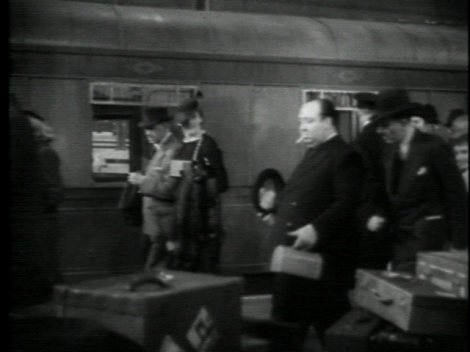 “I never think you should judge any country by its politics. After all, we English are quite honest by nature, aren’t we?”

3 responses to “The Lady Vanishes”